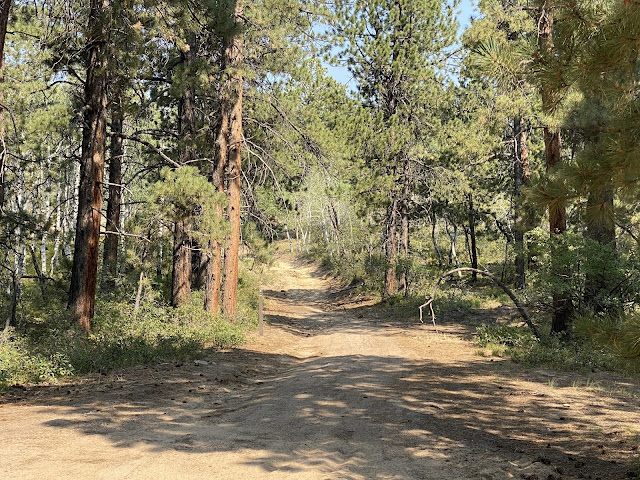 We purchased two 2019 KTM 790 Adventure R’s with the objective of a midweight adventure motorcycle able to support luggage for camping and traveling over 5,000 miles across country - essentially, the Trans America trail.

However, after a culmination of issues with the KTM 790, we have decided to end the adventure. This decision did not come lightly. In fact, we made it into Utah and began the ascent into the famous Moab via Geyser Pass. However, Paul’s bike didn’t make it. High RPM’s and Low Speed, apparently was the death of the KTM 790 Adventure R. It couldn’t make the ascent. Sadly, it overheated multiple times.

After the clutch failure and the multiple brake failures, we thought we had it beat with the replacement clutch pack and the bleeding of the lines. We were excited to tackle Moab. And more importantly to complete the Trans America trail.

For the first time on the trip and one of the first times in my life, we backed down off of the objective, retreated to our original position, and succumbed to the aggressor. The aggressor in this case was the multitude of issues we ran into with the KTM 790.

We’re had not made the decision to close the doors on the trip until we found this magical issue with the rear rotor.

Funny part about the rotors, I was told be multiple people that Ktm has sourced an expensive/high end rotor for the bike. They were surprised when at less than 6,000 miles, both my front rotor we’re considerably warped. “Due to Covid, completely on back order”. Well. How would you feel if your rotor played like this:

Yeah, doesn’t make sense. No physical damage that can be found other than the thing is completely unstable.

KTM, this is deplorable.

So, with massive regret and with no other alternative, we are calling it quits. We cannot identify the root cause to the over heating that was experienced on Geyser Pass. 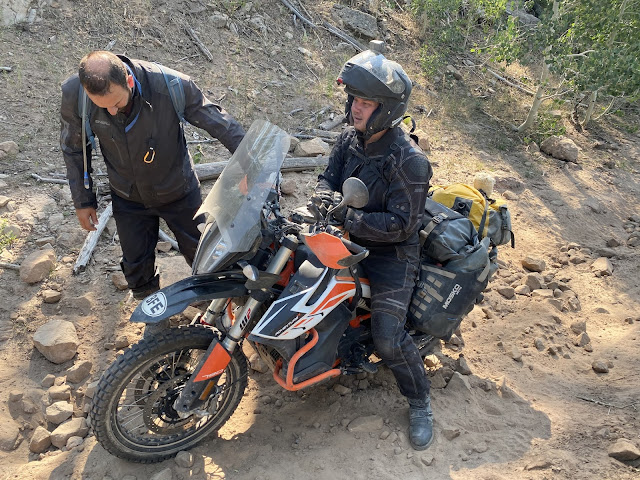 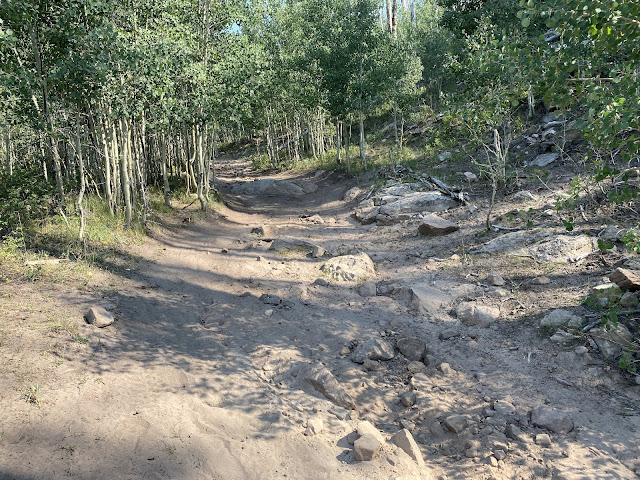 With this heavy decision weighing on us, we decided that there is no better way to end our trans America trail wine tour than to have some very good wine and a bottle of champagne to boot. 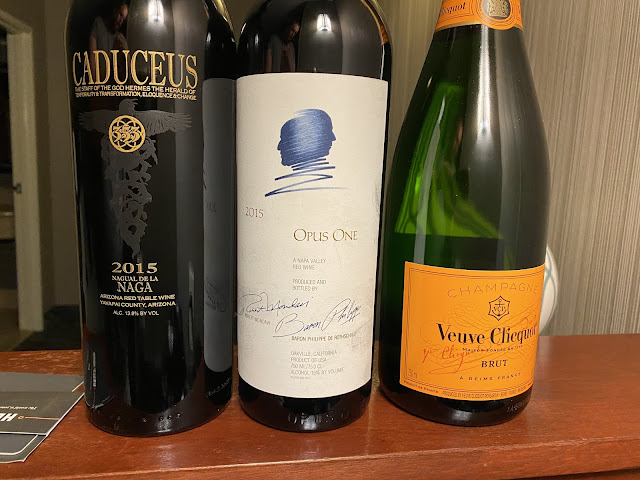 So we've acquired a uhaul and strapped down the bikes to make the long journey back home.

I’m sad to see it end before the objective, though I’m excited to say we met new likeminded people and got to see many different parts of the country!

We will come back to finish.

Thank you for joining us and to those that offered help/advice, thank you very much! We're really glad to be a part of the ever-growing TAT Family. 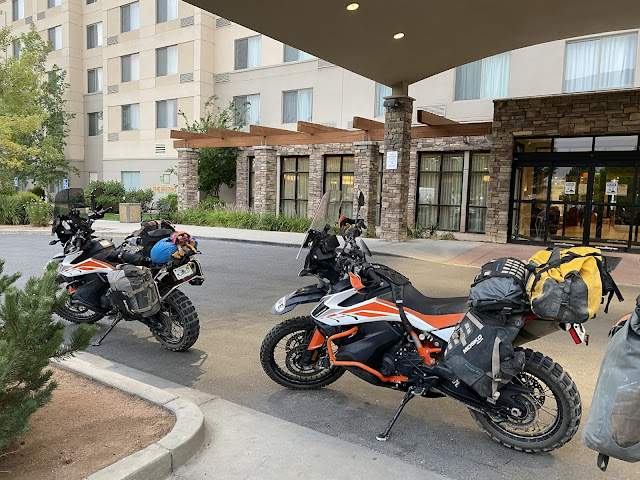 Back in the Saddle!! 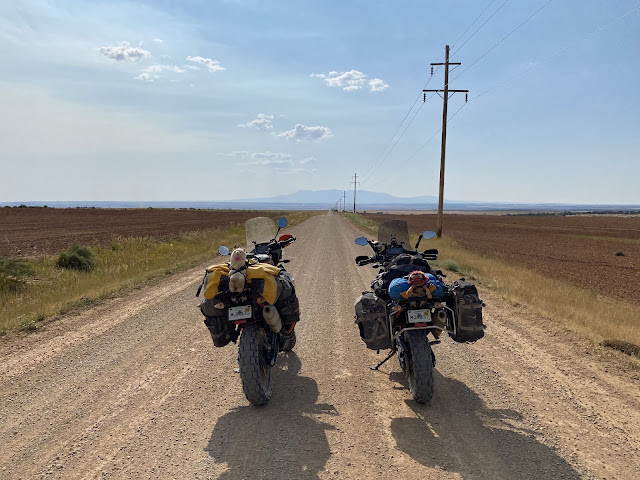 It's August 19th and we're riding again! 202 Miles for the day, 4,625 total (these miles may be a little inflated now due to needing the GPS for a little while to get us to Arizona... apparently we weren't smart enough to use the GPS that was built into our rental car - oh well, all part of the adventure)

We started in Montrose, Colorado and ended our day in Monticello, Utah! It is kind of comical to me that we spent so long in Colorado, especially in Montrose, when it literally took us less than 200 miles to leave Colorado. I'll admit, we did in fact cheat a little to start with today. Because our last off-road TAT experience before we needed major service on Paul's bike (clutch) was Poughkeepsie Gulch, Paul and I decided to take it easy for the morning. We didn't want our first miles back on the bike after such a long layover to be Ophir Pass. So we skipped it. Please don't berate us... I'm not sad that we skipped it. We went straight down Colorado 145 or something like that and ended up meeting up at the TAT just west of where you'd come out after you complete Ophir. From there, just a little bit of slabbing to get to some dirt.

I'll also admit (shamelessly) that even I was a little nervous about what the day would bring. I could see on my GPS that the turn was coming up to go up a mountain and I knew it was dirt. As I came around the corner and looked at the parts of the road that I could see was basically going straight up the side of a mountain, I was nervous. I won't forget those feelings. With some trepidation, we took the right handed turn and ascended. AHHHHH, it is good to be in the saddle again. The jitters went away, the saddle was comfortable, no naps for the bikes.

I could tell that Paul still needs to build his off-road riding confidence - remember, Paul got his license to ride motorcycles this year. He was hanging back considerably when we got to some of the loose gravel near the end of Colorado. Rightfully so... he's had a couple spills here and there that elicits reluctance. He'll need a couple days of the loose gravel to get comfortable again. No worries, we're not in a rush (obviously, DAY 36!).

Off topic for a moment - sometimes work prevails... At one point, I pull over to take a picture of the mountains/valleys and I decided to take my phone out of airplane mode - wow, service. I was pleasantly surprised, until I received a couple emails and messages from my work brethren. Someone is 'dead in the water' and can't do their job. I quickly pull out my laptop on top of this mountain in a very secluded place while still wearing my helmet and solve the issue (nothing major fortunately). 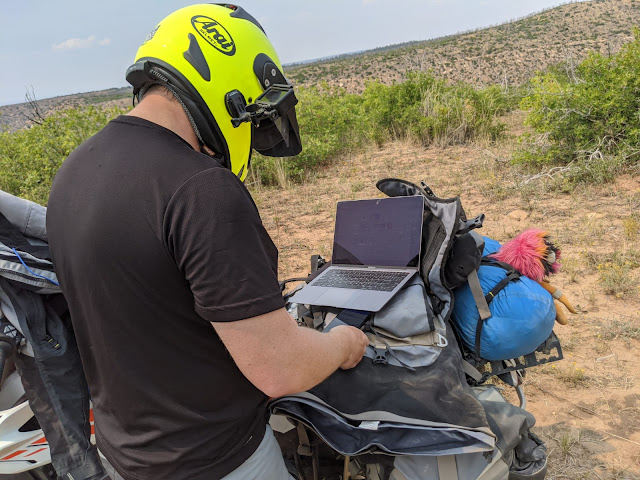 The Break: I recognized pretty quickly how the rhythm of our days had been so fluid and then, like hitting a brick wall at 50 mph, abruptly we had no where to go because we couldn't. The flow, the rhythm all stopped. For several days, we didn't even get to ride motorcycles - had to get a rental car. When you're on the TAT, you become an expert at managing your day, your gear, your motorcycle, your everything. For instance, you become extremely efficient at packing for the start of the day and unpacking to end your day.

But after almost two weeks without the daily rhythm, I noticed I missed it. I missed the efficiency of the process. We don't have much longer, but for now, I will have my efficient process in place again. 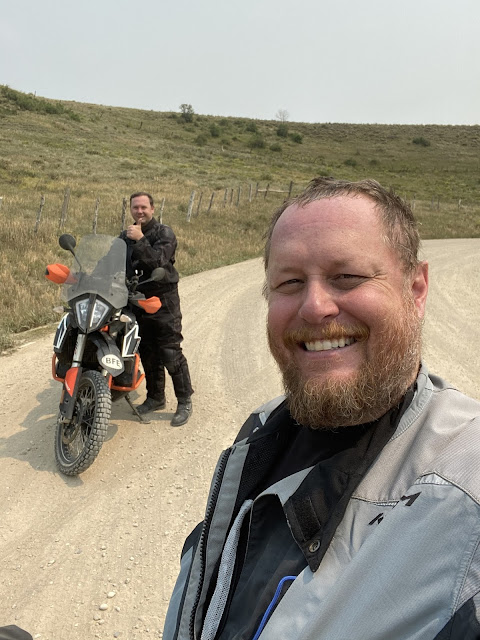 Near the end fo the day, we decide to stay in Monticello - we stopped by the most highly rated Bed and Breakfast in the area - they only had one room. I asked them who they recommended - they suggested Horsehead Inn - which is pretty much a motel, but it is clean and has good owners. We ride over to Horsehead and as we're pulling up to the front to checkin, I see a motorcycle at the front. I say to Paul, "that's Hector." He disagrees... but I pull up very close to the motorcyclist and as I'm pulling up, blow my horn. He turns to me quickly and I smile at him. Practically fell off my bike as we both gave each other a hug. (oh yeah, men give hugs - don't let them lie to you) We chat for a minute before I go checkin. We've all got rooms next to each other and decide to go get some dinner/drinks at the local bar. It was great to catch up and a helluva coincidence that we all ended up here weeks later after first meeting each other way back in Tennessee. Despite delays and all the other things, here we are in Monticello Utah. It was a great evening - we even reviewed our maps (Hector rides GPS Kevins and we're riding Sam's) and decided that we can all ride together tomorrow. 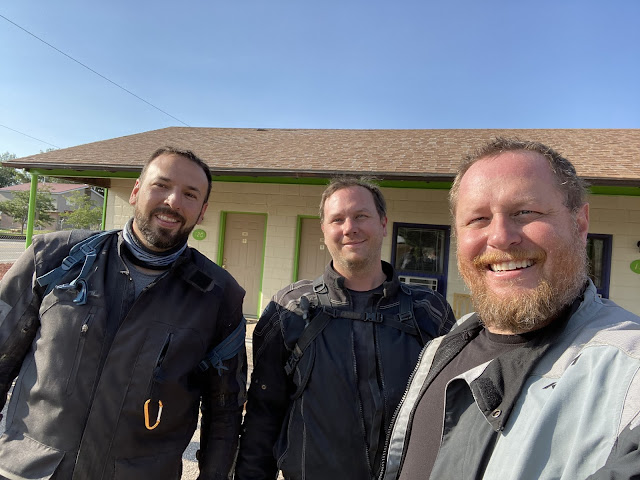 One last thing, if you find yourself in Montrose Colorado in need of some service, stop by and see Marty and his team at Humble's Vintage Motorcycles, they really took great care of us and put aside all the other many cool projects they had going on to fit us in so we could get back on the TAT! 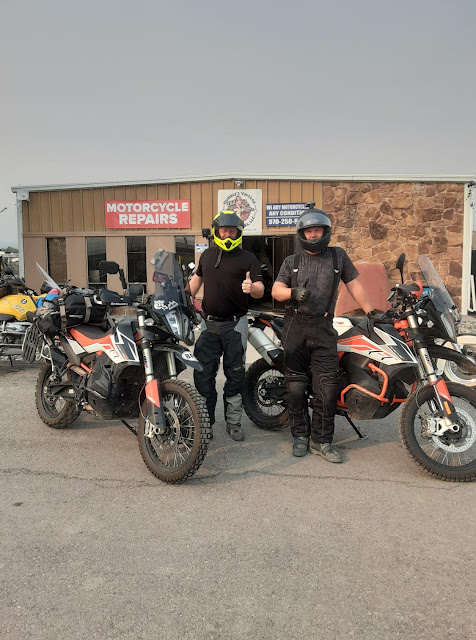