Way back on August 8th (today is August 17th), we stopped in Montrose, Colorado. We had issues with Paul's clutch that needed immediate attention.. sadly, we've been 'locked down' ever since then. We have made zero progress on the TAT since we took the "short cut" onto Poughkeepsie Gulch.

We're told that the bike should be ready by end of day tomorrow (Aug 18th). Fingers Crossed.

My birthday was yesterday, so we decided to rent a vehicle and get out of the Montrose area for a little while. (Montrose is nice to use as a base - but, I can't 'live' here anymore!) We drove all the way to Jerome Arizona - great drive down through the mountains and the desert. Jerome was a pleasant surprise! My goal was simply to visit the Caduceus Cellar Wine shop... (which was a complete flop - more on that later) 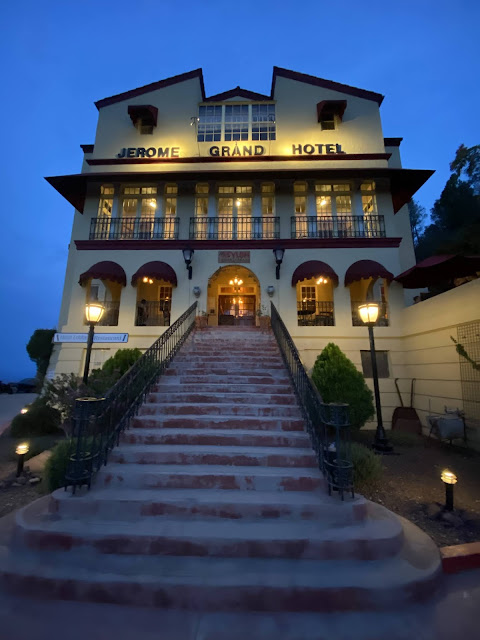 Several Call-Outs for Motorcycle Service (Both good and bad):

1. Highland Cycles in Montrose - These guys really tried to help us as much as possible. Unfortunately, because of riding motorcycles in some events and the lack of parts, they didn't have the time to solve Paul's problems. However, they did point us to Humbles Vintage Motorcycles. I will say that they helped solve one of our problems: my brakes. Appreciate everything they could do for us.

2. Humble's Vintage Motorcycles in Montrose - Marty took us in and is going to get it done for us so we can get back on the road! (this is the clutch pack install on Paul's 2019 KTM 790 Adventure R).

3. Davis Service Center (Montrose KTM [and other bikes] Dealer) - The parts guys did a great job of ordering and delivering on the clutch pack as soon as possible. I think we ordered it on Tuesday and we had it on Thursday. Davis "Service Center" on the other hand didn't even want to talk to us at all. Didn't care to even attempt to work on Paul's bike. They were busy and didn't have time.

1. Talk about awkward and non-inviting. They had some sort of 'barrier' up to enter the premises. Almost had to give them blood to enter. Then, they proceed to tell me that they're not doing any wine tastings and that I can't purchase any wine and drink there. Then, they say 'go over to our sister store (puscifer), two doors down. they've got wine you can try/taste. Uh... OK? Why can they do it and you can't? MJK, I know you're reading this... (hahaha) Logic is important. The complete and utter lack of Logic being deployed by your employees is astounding.

2. I attempt to ask if I can purchase wine and take it over to Puscifer. Nope.

3. I attempt to ask if I can purchase wine and ship it home. Yeah, on our website, not here.

so what you're saying is, you should just remain closed until Trump wins the election in 2020?

I then go down to the Puscifer store. They have a nice little wine bar with nice people running the show in there. They were mostly accommodating (reminder, this is one day before my birthday and Paul and I love to drink copious amounts of wine). We drank four bottles sitting there (with a great view by the way).

I tried to pull a fast one: "Can I go next door and purchase a bottle of wine and you charge me a cork fee to open it in here?" - Response: "Uh, no, I don't think my management would go for that".

20 minutes later: "Can YOU (the puscifer store) go buy a specific bottle from Caduceus and then charge me a markup as a product you're selling to a customer" - Response: "Uh, let me ask my manager." Five minutes later: "No, unfortunately that won't work either"

As we used to say in the Army - SNAFU and/or WTF.

Enough crying... Honestly, I had a great day despite their attempts at ruining my birthday celebration with roadblocks and other various 'rules'. 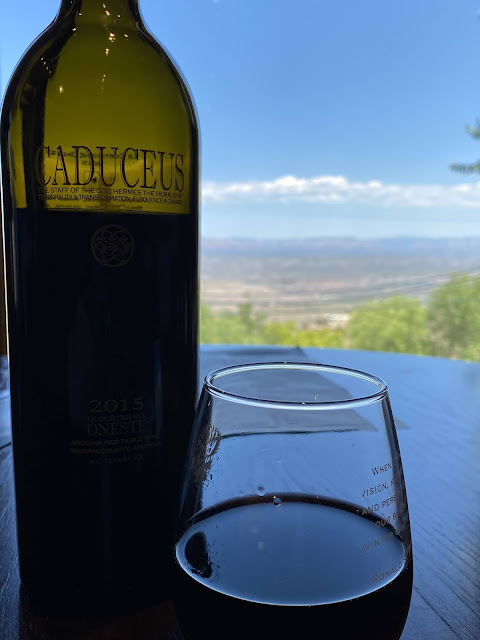 Dinner on the 15th and the 16th was at the Jerome Grand Hotel in their Asylum restaurant. This place has some serious character! Check it out if you've never been to Jerome Arizona. When I bring my wife to Jerome, we're staying at the Jerome Grand! (maybe by then, Trump will still be President and Caduceus Wine Cellars Tasting Room will actually allow Wine Tasting) 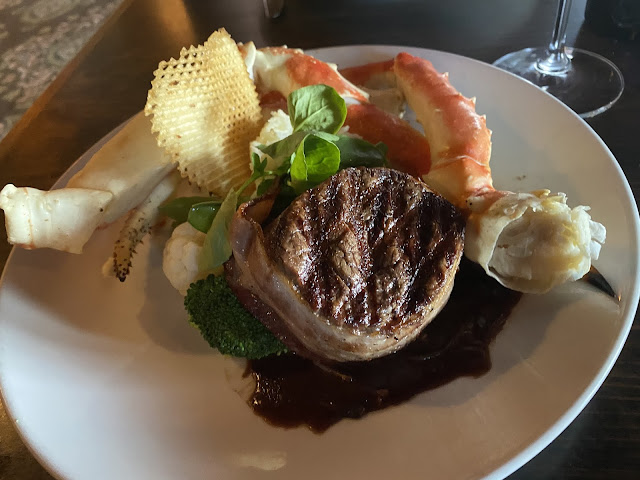 So... now we're back in Montrose again after leaving Jerome AZ this morning and driving 8+ hours back to Montrose.

Day 35 is going to be a work day for both Paul and I - bikes won't be done until the end of the day anyways. Day 36, we should be back on the TAT!! 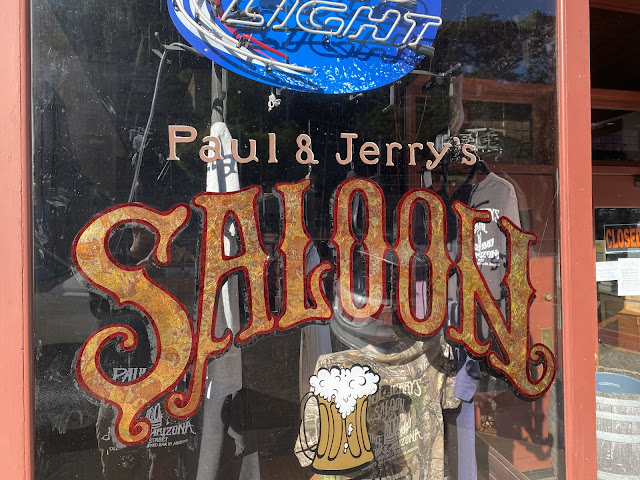 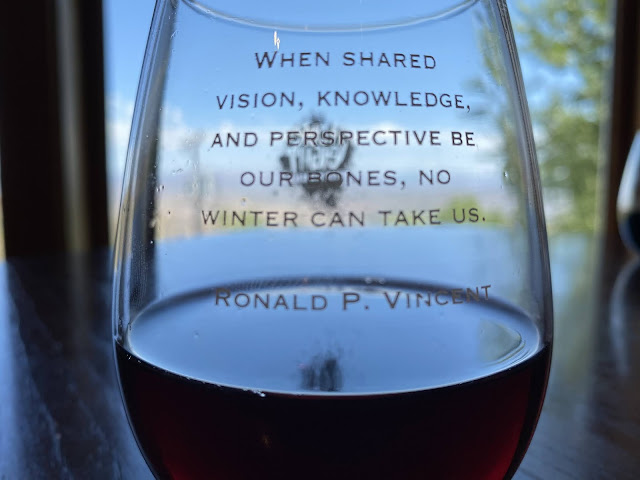 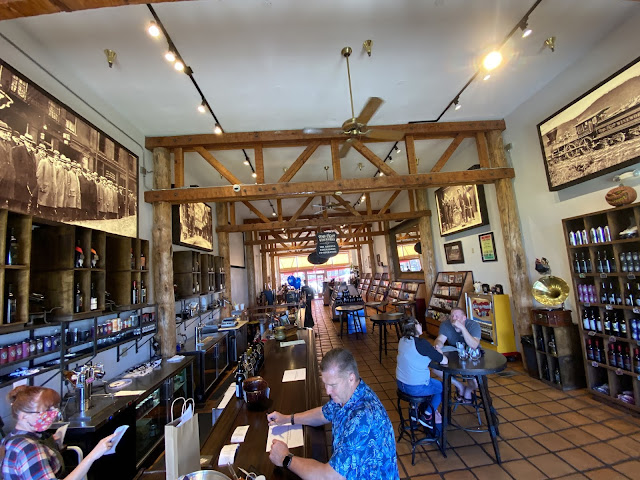 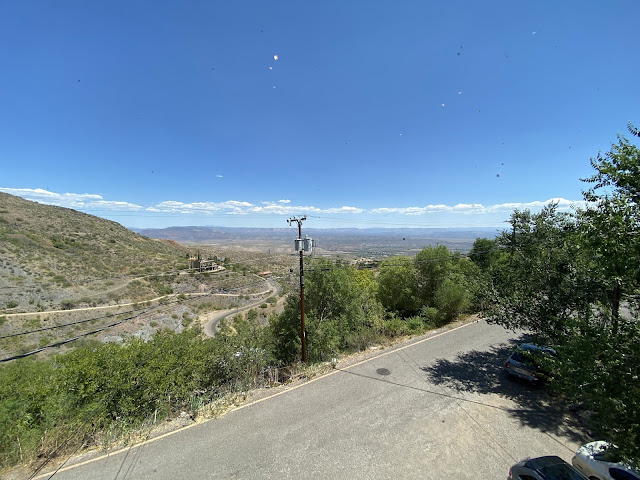 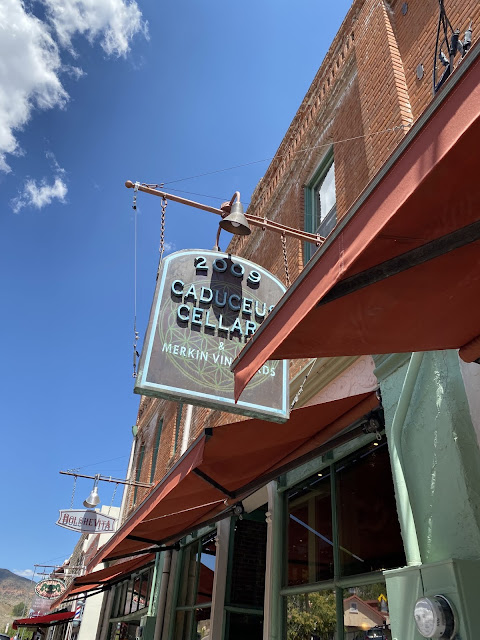