Interestingly enough, MANY people have texted me, including my mom - why no posts? You ok? We're good - Day 23 we camped without Internet and Day 24... you'll just have to read to understand.

Ahh, another late start. Had a few meetings to deal with - then on the Trail!

I won't have any videos to this post because we have bad internet right now...

It was a good day overall, we knew we wanted to camp, so we kept that in mind all day. Our goal - camp by a river/creek/some sort of water. We also got to ride our very first 'pass' in Colorado. 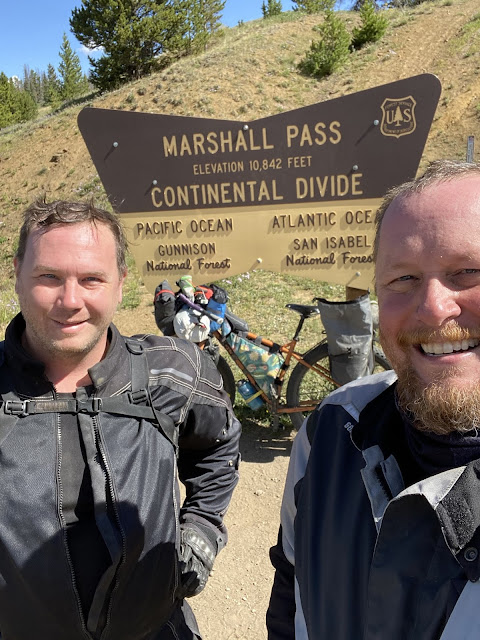 I’m writing this a couple days behind because 1. No internet where we camped (ahh… relax, no connection) 2. Day 24 was a mess.

Ok, now onto the important stuff. This was the first day of some challenging riding (for us). There was one section that was quite rocky - boulders and such that we both agreed it was great to complete. But we should’ve practiced on Hurricane Road earlier in TN or MS or wherever it was :) 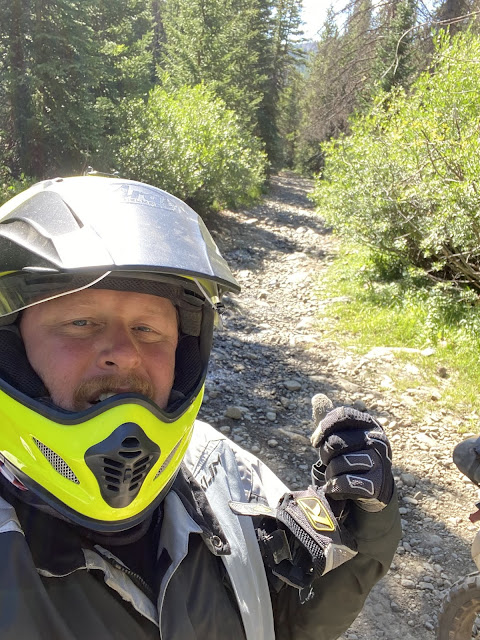 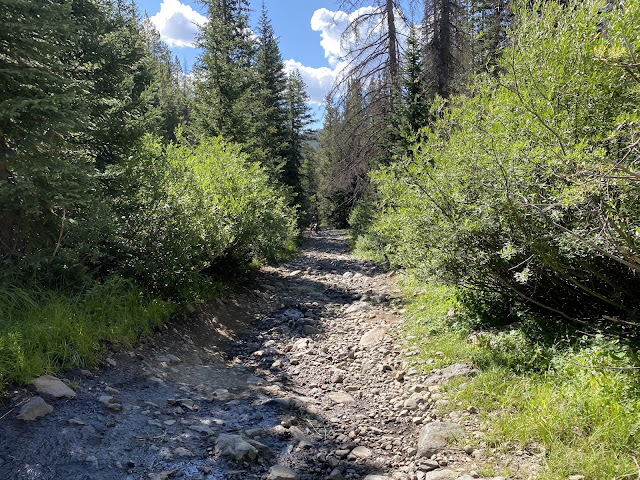 Riding across the tops of mountains in Colorado is quite breathtaking. The views are something that we’ll keep with us through our memories and our pictures forever. Everyone should visit Colorado… 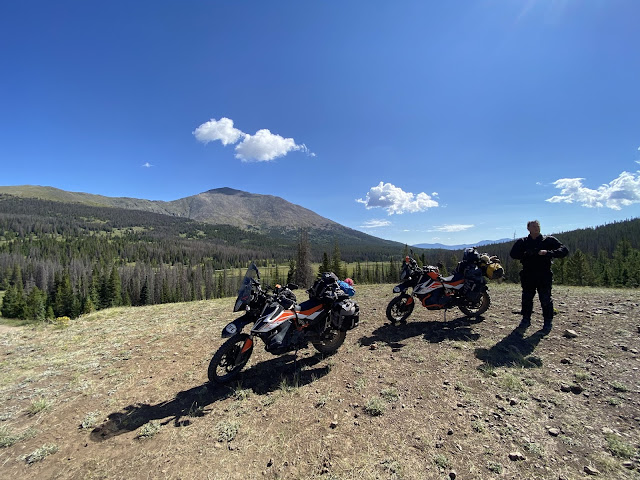 More riding: Our very first “pass” - Marshall Pass was completed today! Anyone know what Marshall Pass represents? The Continental Divide! 10,842 feet above sea level at the sign. I remember seeing 10,900 on my GPS. 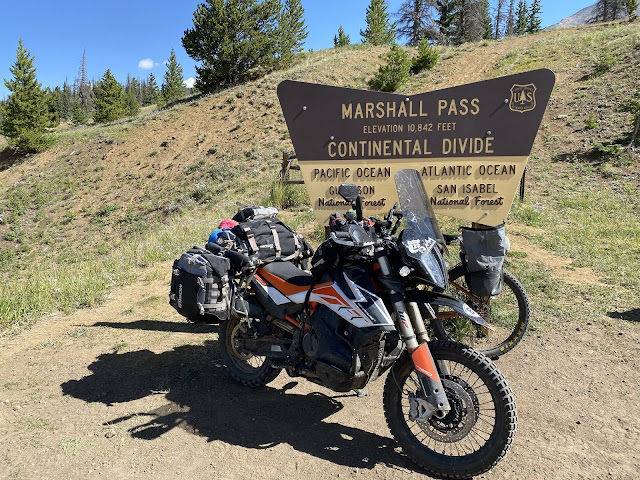 A very cool thing happened sometime after Marshall Pass, as we were coming down the mountain - which in itself was a great ride. We ran into a Cattle Drive by two Cowboys and approximately 30-40 head of cattle. The cowboys, were a sight to see, the two of them and one dog did an amazing job getting the herd to go up the hill and out of our way so we could pass by them. We of course waited patiently with our motors off so as to not disturb their organized efforts. As the cowboys started pushing the cattle up the hill, we started up and ‘helped’ the drive by pushing some of the cattle in the right direction. 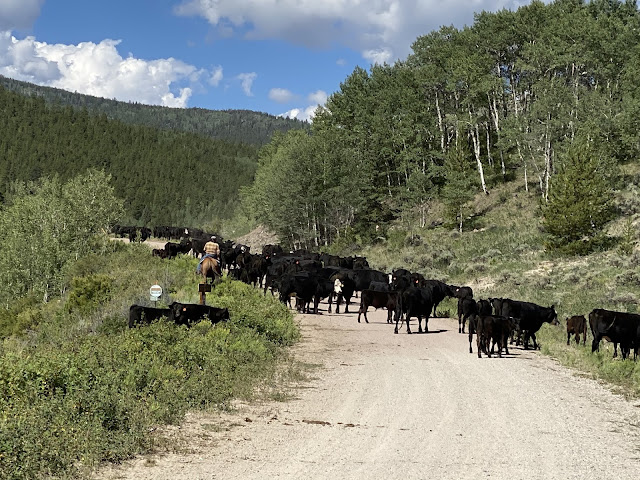 For lunch… UGH, we decided to go to Lake City. Unfortunately, we got caught in a one lane traffic jam. They were spreading tar and gravel on paved roads. Uh… ok. We gas up and grab four big waters for drinking and cooking - we had some water left in our hydration packs and my hiking bottle. Note, this will be important for Day 24 as well. 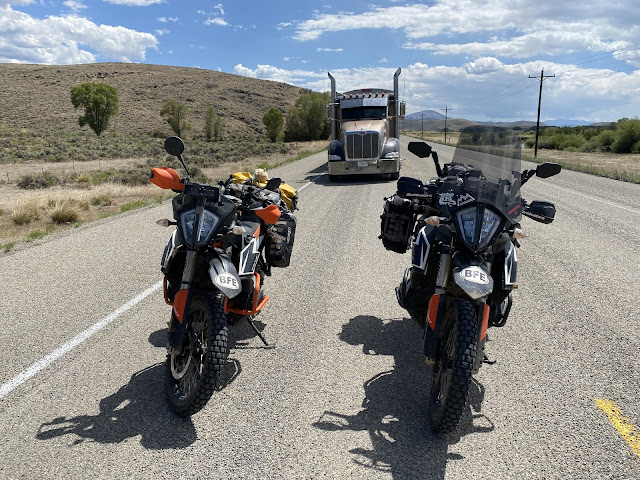 As we entered Gunnison National Forest, we were looking for a spot to end our day. On my GPS showed a “picnic table” symbol just ahead of us - wasn’t sure what it meant, but figured we would check it out as it was around 3:30 or 4pm. Roll up, no one there, it is labeled “day use”, but was a perfect spot for some primitive camping. There were signs in several spots stating "Pack In, Pack Out" - It is sad that people need to be reminded. 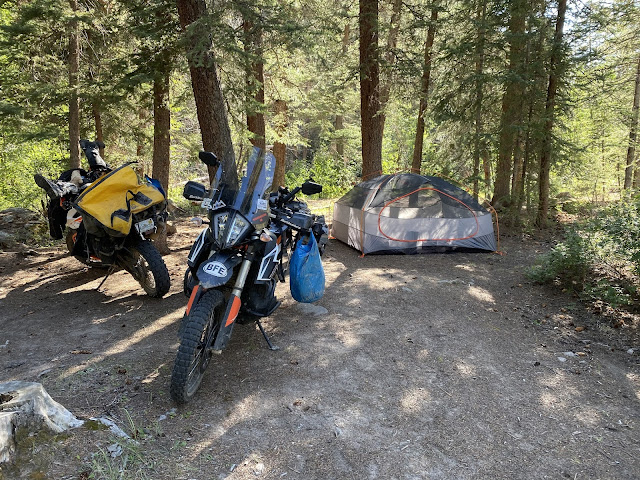 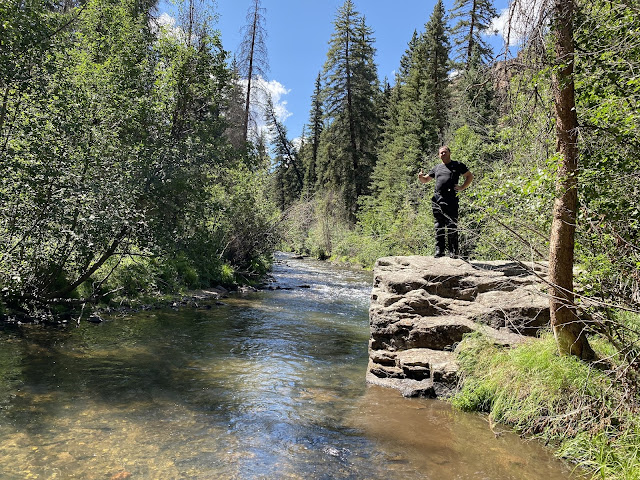 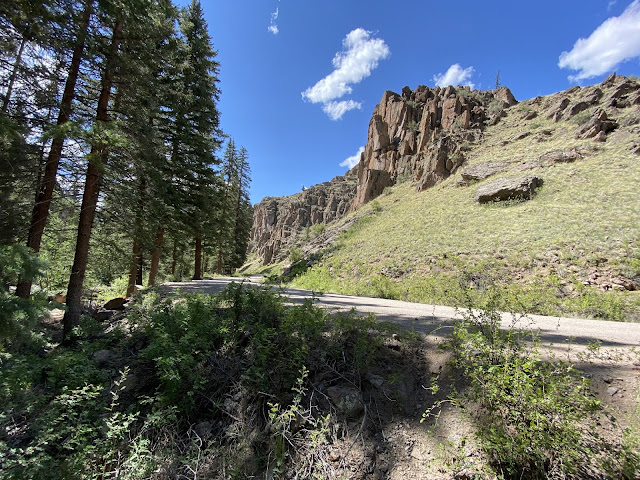 We setup camp and begin the cooking process. This time… I DIDN’T CATCH THE PICNIC TABLE ON FIRE!!! :) Ramen noodles for dinner - we picked them up the day before at a gas station / market in a small town. We also had a couple cans of tuna, beef jerky, and some fig newton cookies. After dinner, we listened to some music and checked out our surroundings. The river and the wall of rocks surrounding us really gave us a good feeling about the spot we had chosen.

We were harassed a little by a Forestry ranger because of how we parked our bikes - which was close to our tents in a ‘non-parking’ area. When we explained that parking them over in the ‘parking area’ (I say that in quotes because there wasn’t a parking area, just an area you could tell by the felled / carefully placed trees they didn’t want people to park) - that our bikes could be at risk for theft. He looked at us and I could tell he understood the logic. He then made the statement “only ride the bikes on the dirt”. Both Paul and I had a good chuckle at that as he left. “It is all dirt - where else would we ride?” Anyways… great evening.

It did get quite cold - somewhere in the mid-30’s. My Big Agnes sleeping bag with down in it was PERFECT. I stayed warm all night - with one caveat. As long as my body parts stayed on my blow up therms-rest backpacking mattress, i was warm. Every couple hours, I would awake to a body part (arms mostly) that had some how come off the mattress and ended up on the ground. Gotta understand how down sleeping bags work - they build warmth because of the ‘layers’. However, if you’re laying on the down directly and you compress it, it will not provide warmth. That is why the air mattress is a necessity.

I woke up around 7am, starting taking apart my part of the camp. Was so cold, I put on my motorcycle jacket, gloves, and wore my neck gaiter around my ears (yes, I’m a Floridian).

Sunrise on the mountains. 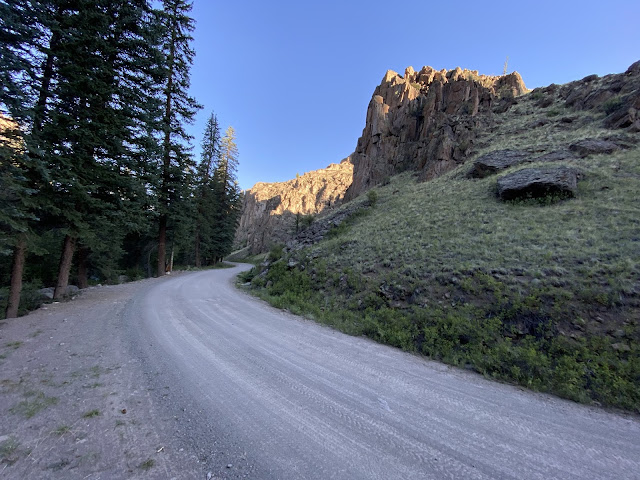 Pack In, Pack Out. 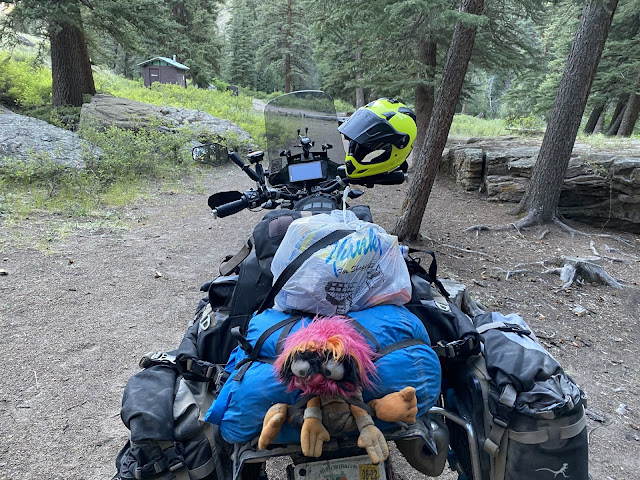