Two objectives for the day. Warloop rd & make it to Matt’s house in Broken Arrow Oklahoma. 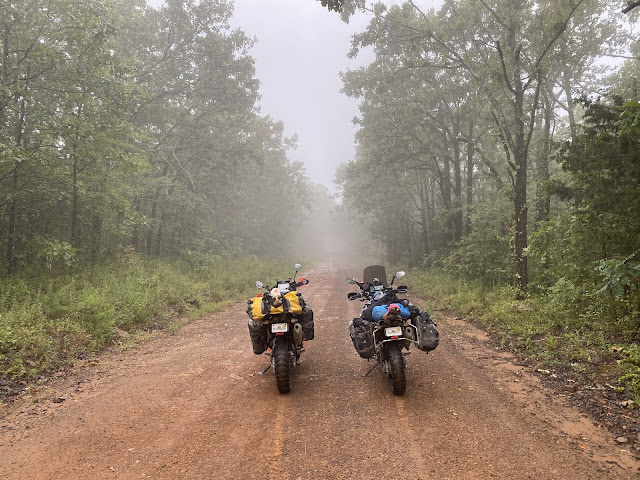 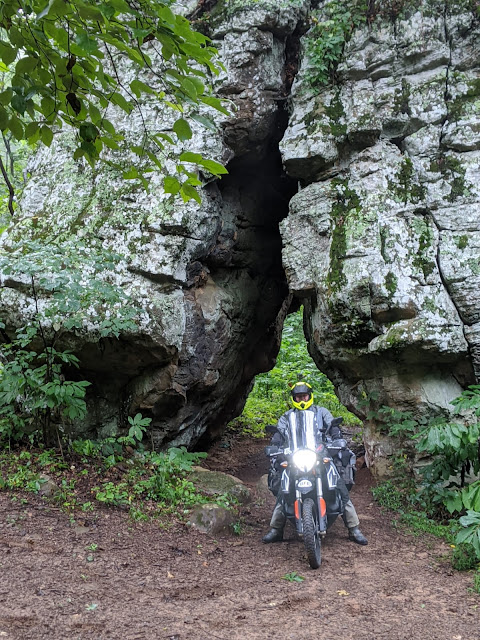 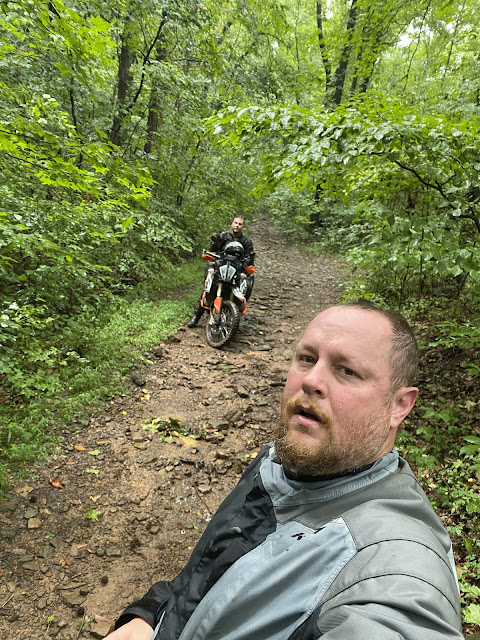 (the end of Warloop Rd)
When the sign says dead end. Man oh man. I happened to pick the wrong line one time. Tried to correct, but the clay was so slippery in the rain, my bike dropped out from under me. Paul made it through the tough area without dropping. 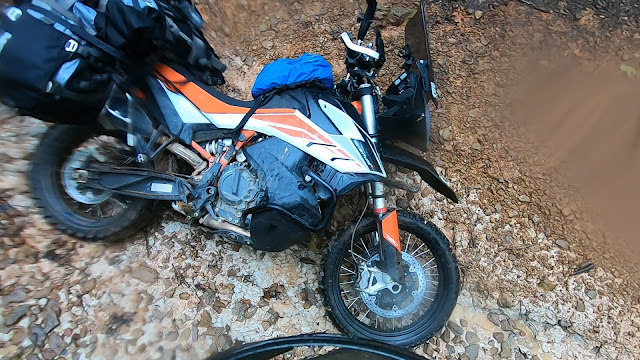 However... Just before that was a big beautiful mud puddle that Paul and his bike decided to take a nap in.
It was funny because I was in front of him and kinda heard what I thought was a 'crash' through my comms. I tell him I'm coming back. As I'm pulling up, all I see is his bike in the water. I don't really see him (mostly because of the rain), I'm talking to him through comms saying "where are you". When I get off my bike, I realize, his leg is stuck under the bike. AHH - You're in the puddle still!!
We both had a good laugh and I got the bike off of him, we picked it up - all was well. No injuries, no repairs necessary. 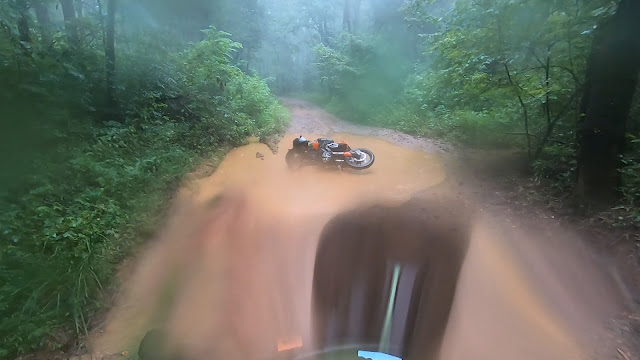 We accomplished both. Despite warloop rd.
Strange theme today regarding technology and brain power. They both screwed up. Or more likely, it was both my fault... I wanted to keep track of the distance to Warloop as we started the day. So in addition to following the TAT tracks through the Ozark mountains, I also had the GPS route to the Warloop Rd Waypoint. It said "72 miles away" to Warloop Rd! I was miffed by this, but kept following the TAT tracks built by Sam. The GPS was constantly 'rerouting' itself until finally I realized that the GPS routing had the "avoidance" configuration set to avoid unpaved roads. Uh, yeah. As soon as I turned off the GPS Avoidance of Unpaved Roads, we had 16 miles until we reached Warloop Rd entrance.
Another challenge was getting to Matt's House - After Warloop Rd, we had made the decision that we wanted to get to Matt's as soon as possible. I put in his address into the GPS, which it didn't exist because he has a fairly new home. So I allowed the 'edit' the GPS made and figured we'd work it out as we got closer. Well, I didn't pay attention to the edits it made and then it said we had 220 miles to his house!! Blindly and probably not smartly, decided it was right. So we rolled out on the slab to Matt's house.
Eventually, I read a sign that said "Broken Arrow - 31 Miles" - while my gps said we still had 3 hours of driving to do. I told Paul that we need to get fuel and I need to look at my GPS and work out the issues... as soon as I pulled up my phone's navigation and realized that we were 30 miles away from Matt's house, we were both very excited to avoid more slab!
We're going to be here for a few days - maintenance on the bikes, cleaning our riding suits, etc etc.
Thank you to both Matt and Britany for kindly allowing two very smelly/dirty men to crash their beautiful home :) 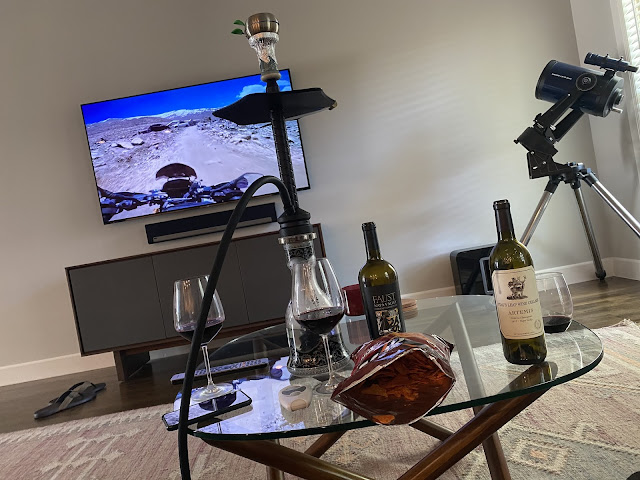 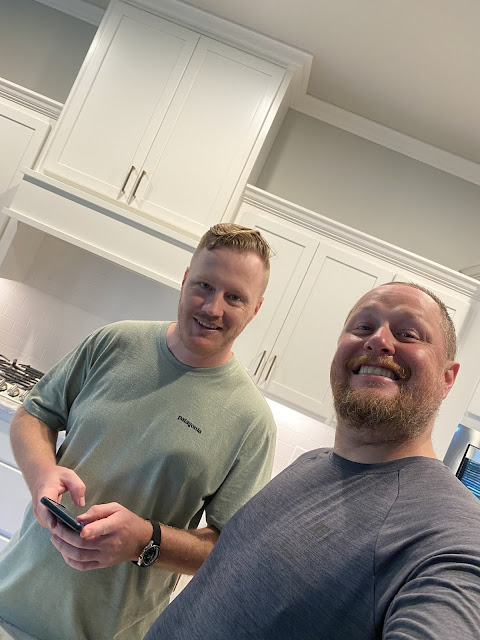 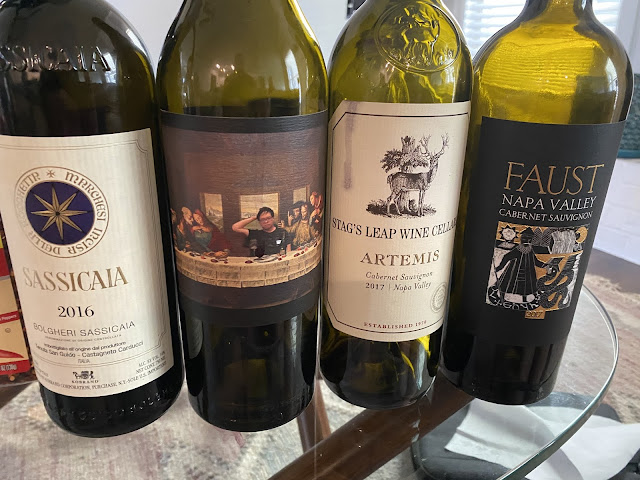 Posted by Jerry Sherman at 9:30 PM